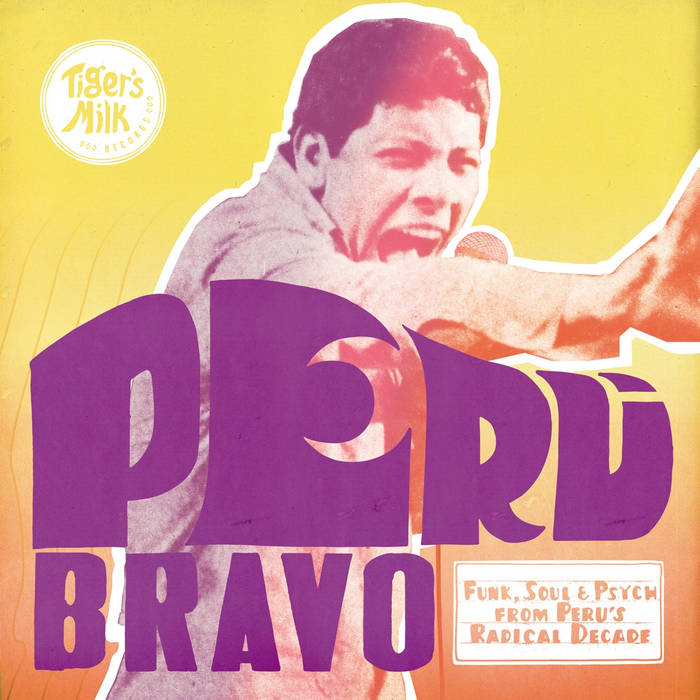 UNLIMITED FREAKOUT IS LOVE. The soundtracks to a culture at the brink are always the best soundtracks.

Janina Perez MC Loving this collection. Wish Peruvians did the Seeds or any Sky Saxon but good enough.

Peru Bravo tells the whirlwind story of a culture in flux when, during the late ‘60s and early ‘70s, Lima boasted dozens of young bands full of ideas, spontaneous and unfazed by the instability in Peru.

Featuring alternative heroes Traffic Sound and Laghonia alongside a selection of unheralded short-lived groups, Peru Bravo is a funk-fuelled ride through a radical decade.

It would however, only be a matter of years before this movement
disappeared just as quickly as it had arrived as a new, uncompromising military dictatorship, led by General Juan Velasco Alvarado, took hold.